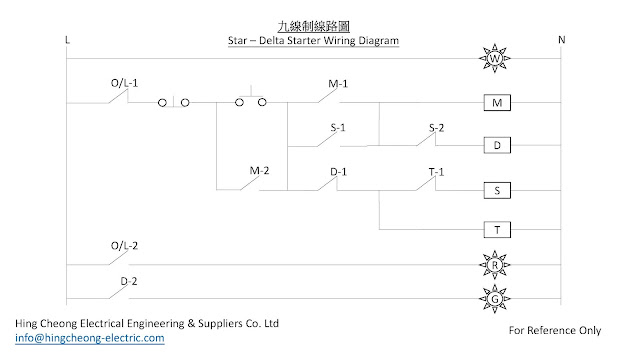 The Star-Delta Starter (YDS) is a very common type of starter and is used extensively as compared to the other type of starting methods of the induction motor. A star delta is used for a cage motor designed to run normally on the delta connected stator winding. An overload relay (O/L) and a timer (T) for setting the time in the Star position (starting position).
A starter connects the motor terminals directly to the power supply. Hence, the motor is subjected to the full voltage of the power supply. Consequently, high starting current flows through the motor. This type of starting is suitable for small motors below 5 hp (3.75 kW).
In dual Starter the motor is directly fed from the line and in star-delta starter then Motor is started initially from Star and later during running from Delta. This is a starting method that reduces the starting current and starting torque. The Motor must be delta connected during a normal run, in order to be able to use this starting method.

When the motor picks up the speed, about 80 percent of its rated speed, the switch S is immediately put into the RUN position. As a result, a stator winding which was in star connection is changed into DELTAconnection now. The delta connection of the stator winding in shown in the figure below.
Firstly, the stator winding is connected in star and then in Delta so that the starting line current of the motor is reduced to one-third as compared to the starting current with the windings connected in delta. At the starting of an induction motor when the windings of the stator are star connected, each stator phase gets a voltage VL/√3. Here VL is the line voltage.
In operation, the Main Contactor (K1/M) and the Star Contactor (K2/S) are closed initially, and then after a period of time, the star contactor is opened, and then the delta contactor (K3/D) is closed. The control of the contractors is by the timer built into the starter. The Star and Delta are electrically interlocked and preferably mechanically interlocked as well. In effect, there are four states:
This type of operation is called open transition switching because there is an open state between the star state and the delta state.
Reference:
http://www.electricalidea.com/2016/09/15/star-delta-starter/
於 2:32 PM 1 comment: 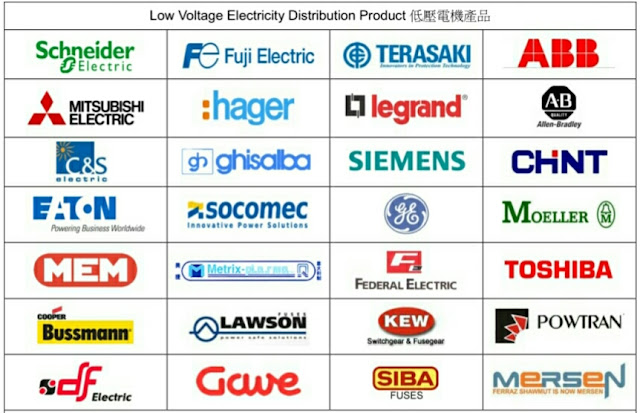 By Country of Origin